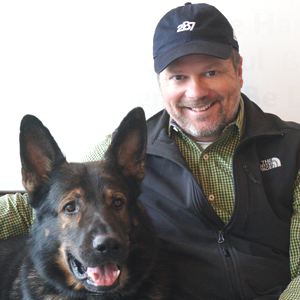 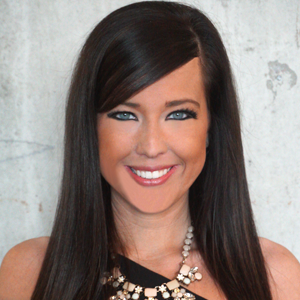 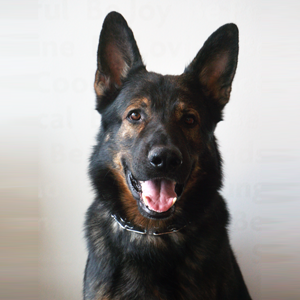 Mr. LaGrone is a 29-year veteran of the music industry with a vast range of experience in all aspects of the industry; Artist management, record label promotion management with Universal Records, merchandise and corporate sponsorships, and Tour management. Mr. LaGrone has worked with a few artists over the years, including Jason Aldean, Rascal Flatts, Reba McEntire, Lonestar, Alan Jackson, Rhett Akins and Linda Davis. As part of his work with these artists, Mr. LaGrone has executed media plans with network television, such as David Letterman, The Ellen Degeneres Show & The Tonight Show with Jay Leno. He has worked with major market radio chains, facilitated sponsorships and negotiated contracts with companies such as J.C. Penney’s, Farmers Insurance, Hershey, Ford, Nike, and others. Mr. LaGrone has successfully negotiated long term touring contracts with Live Nation on behalf of Rascal Flatts on multiple occasions.

Mr. LaGrone is widely considered an expert in the field of live events (tour) Operations. He has pioneered several concepts that improved the VIP experience and security for the corporate sponsor, radio executive, and fan. His logistical skills rival that of a military operation, where he has managed tours that have included over 28 semi-trucks, 22 buses, corporate planes, and over 150 people moving through a 100-city world tour. Mr. LaGrone has managed start to finish set design, content creation, lighting design and video packages for tours ranging in size from theatres to Stadiums. Additionally, Mr. LaGrone is known as a mentor of young talent. Over the years, he has trained and mentored many young people who are now managing tours for name brand artists.

Most importantly, Mr. LaGrone is known in the industry as a man of enormous generosity. Through his A-list relationships with artists, actors, and athletes, Mr. LaGrone has helped numerous families in need, all with a quiet and unassuming manner. When Mr. LaGrone’s son Tucker was diagnosed with T1D in 2011, he didn’t hesitate to assist in the annual JDRF Auction. Mr. LaGrone’s friends and colleagues contributed over $185,000 in goods and services. Additionally, Mr. LaGrone is very active in Eskind Diabetes Clinic at the Monroe Carell Jr. Children’s Hospital at Vanderbilt. To-date LaGrone has raised over $400,000 for Diabetes research.

Mr. LaGrone resides in Brentwood, TN with his wife Susan and two sons Jacob and Tucker.

With over 25 years in the Entertainment Industry as a Senior Level Entertainment Executive, Greg McCarn got his start at CBS Records, where he worked in the Publicity & College Departments while attending Middle Tennessee State University. In 1989 McCarn joined RCA Records as a publicist and during his tenure there served as Manager, Publicity; Manager, National Country Promotion; Manager, Marketing; and Associate Director, Artist & Product Development.

In June of 2010, McCarn went to ScatterTunes & Scatter Records, where he served as General Manager and President respectively. In April of 2011, he joined Black River Entertainment, where he served as General Manager until 2017. During his tenure at Black River, he oversaw the record-breaking launch of Kelsea Ballerini, who became the first female artist in country music history to debut with three consecutive #1 singles.

In February of 2017, McCarn joined 287 Management, as General Manager and Director of Business Development. He serves on the board of directors for the Academy of Country Music and is a former Adjunct Professor at Middle Tennessee University.

McCarn has been married to his wife Kimberley for 23 years. They have 2 children Harrison, 21 and Lauren, 19.

Originally from the suburbs of Detroit, Michigan, Kelcie moved to Nashville to attend Belmont University in 2012. Following in the footsteps of her parents in the radio business, she decided to pursue her dream of working in the music industry and graduated from Belmont in December of 2015.

Kelcie got her start in the music business interning at various record labels and entertainment companies. She interned at Broken Bow Records in the Promotions Department, AristoMedia Group in the Publicity Department and Universal Music Group and Country Music Television in the Digital Marketing/Social Media Departments. She realized her true calling was Digital Marketing.

In February of 2016, Kelcie was hired to join Girlilla Marketing, a Strategic Digital Marketing Agency. In this role, she developed, managed and executed clients’ digital and online presence, such as Zac Brown Band and Kristin Chenoweth.

In April of 2017, Kelcie joined the 287 Entertainment team as Digital Marketing Director.

Karissa got her start in the entertainment industry in 2007 as a concert marketing intern at Kansas City’s Starlight Theatre.

After graduating with her MBA and Bachelor of Science in Accounting, Karissa spent six years working in corporate marketing, public relations and event planning in Springfield, Missouri. During this period in her career, Karissa helped businesses use the written word to differentiate themselves from their competition and showcase their strengths. She organized numerous successful events that allowed organizations to give back to their communities and foster positive corporate cultures. And, calling on her accounting skills, she prepared and managed marketing budgets.

Though Karissa excelled in the corporate world, she couldn’t deny that her true calling was entertainment. Determined to make Nashville her home and turn her passion for music into a full-time career, Karissa spent her free time working as a freelance production coordinator for a regional promoter and the merchandise manager at JQH Arena.

Karissa moved to Nashville in 2015, after ruthless networking landed her a project management position at A3 Merchandise, a boutique merch company catering to the entertainment industry. During her time at A3, Karissa oversaw the production of merchandise for several noteworthy artists and organizations, including Miranda Lambert, Darius Rucker, Chris Lane, Dierks Bentley, Diamond Rio, CMA and CID Entertainment.

In September 2017, Karissa joined the 287 Entertainment family, and she is proud to have been named a member of SOLID’s Class of 2018.

The other members of the team may have fancier titles, but everyone knows Noah is top dog around the 287 office. He certainly keeps Jake on a short leash.

Noah was born three human years ago in Chattanooga, Tennessee. Every dog has its day, and for Noah, that was in December 2017, when he met Jake. It was instantly more than puppy love for the pair, who are now inseparable.

Far from a fleabag, Noah takes his security role at the office with the utmost seriousness. He never has to be hounded to do his job, and he’s become a pro at leading the 287 dog and pony show. You may be tempted to let sleeping dogs lie when you first meet Noah, but spend a few minutes with him, and you’ll quickly find his bark is worse than his bite.

In his spare time, Noah enjoys running (so he can indulge in the occasional treat), drinking bottled water, teaching his old dog (aka Jake) new tricks, chasing UPS drivers and being man’s best friend.

Noah is the pick of the litter, and we’re proud to have him on our team.